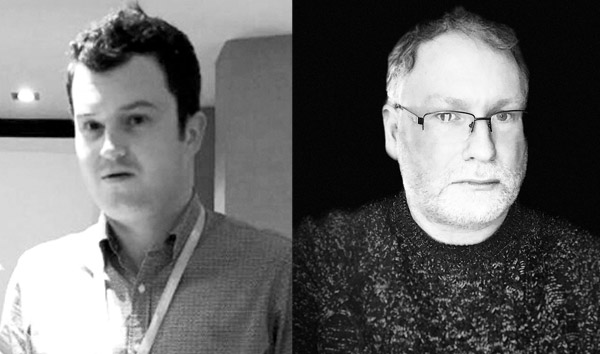 For someone with autism, navigating their day through a series of autistically unfriendly interactions (e.g. confusing social contacts, sensory overload, etc.) is likely to be both frustrating and exhausting.  If you’ve worked in autism services you may be familiar with the ‘coke can’ analogy – where their experience is likened to being an unopened coke can, where each of these experiences represents a shake of the can.    And whilst the outside of the coke can looks the same, inside the pressure is building. And eventually, when the person gets home, the can is opened and an explosion ensues. This will, of course, look different from person to person but will be something overwhelming for both them and potentially the people around them.

We think of behaviour as a person’s attempt to find a solution to a problem. Harmful sexual behaviour may not, or may not only, be an attempt to meet sexual needs but other entirely different needs.  We will explore two broad areas that can create difficulties for autistic people and practitioners understanding of them – sensory issues and the theory of mind.

Sensory issues are understood to be a key component of the autistic neurotype. This may take the form of sensory input registering as too high or too low or out-of-sync, i.e. senses not working together to form a coherent view of the world, like audio and video being out of step on a film. Whatever form it takes, the key idea is that a person with autism’s sensory experience will be different to that of a neuro-typical person and furthermore, may not be consistent over time.   So while we all use behaviour to meet our sensory needs, e.g. neuro-typical people may physically move away from a bad smell, those with autism may use what are perceived by others as highly problematic behaviours in order to meet their sensory needs, for example, one young person who had to smell people up close to be able to recognise them and feel comfortable in their presence.

Temple Grandin who is an American autistic woman who writes and speaks extensively on autism and who also revolutionised the treatment of farm animals, invented a ‘squeeze machine’ to provide herself with the intense physical pressure that she needed to calm her anxiety, pressure that she could not get to the required level from another person.  Where other people could not meet her needs, she invented a solution herself.  As a practitioner, this ‘invention’ is a common scenario. For example, a young person who experiences high levels of anxiety every moment but discovers that masturbation can offer a temporary release – something simplistic, time-limited and always ends positively – and therefore develops compulsive masturbatory behaviour.   This act gives comfort, control and predictability and stands in contrast to a world that is hostile, out-of-control and unpredictable.

It is worth thinking about how such ‘inventions’ may impact on the psycho-sexual and social development of a young person with autism. Compulsive masturbation as an ‘invention’ will be problematic for the young person in a number of ways (e.g. may lead to isolation and getting in trouble), however if we concentrate only on the compulsive behaviour without addressing the cause, we are likely only to increase the problem (in this case anxiety) and exacerbate the problem.  Our role then to help a young person find an alternative solution to the problem (anxiety) than the one the young person has devised themselves.

Baron-Cohen, Leslie and Frith (1985) published an article entitled “Does the autistic child have a theory of mind?”. This was the idea that a person with autism may have a certain level of ‘mind-blindedness’ i.e. they would lack the ability to appreciate that other people were conscious entities with thoughts, feelings and emotions all of their own. For the autistic person, other people would then become automatons whose value would lie in their utility in meeting needs i.e. ‘I value this person (my mother) because they feed me’.  From this perspective, one might be tempted to contemplate how this lack of empathy could lead to a whole range of pathological sexual behaviours.

However, this impairment around theory of mind has come under challenge in recent years with studies showing that little evidence of its existence in any meaningful way.

As the majority of the population are neuro-typical (the ‘predominant neurotype’, Beardon, (2019), then we might consider that more emphasis is placed on getting someone with autism to learn about the neuro-typical person, than the other way around. This often leads to professionals reframing the behaviours and motivations of people with autism from a neuro-typical perspective and in neuro-typical language which can lead to frustration as the interventions, therefore, have limited efficacy.

In consideration of the above, when it comes to providing services to autistic people it may be that the real challenge that needs to be tackled first is how do we bridge the gap between our fundamentally different ways of conceptualising the world?   Returning to harmful sexual behaviour, we would propose that the behaviour may not always (or wholly) be about having sexual needs met, but may be an attempt to have their needs as a person with autism met. Unless we first understand what those needs might be, then we are unlikely to succeed in our attempts to help a person meet their needs in a less harmful way. In crude terms, the problem may not be one of morality, but of lacking the appropriate skill-set.

Perhaps, rather than an iceberg, we should think of the mind as a landscape. Too often we characterise autism by the features we see and how similar or different they are from the non-autistic population. But a neurotype is a deeper strata of cognition and how it affects the surface level can be complicated, confusing and surprising. In terms of harmful sexual behaviour, the influence of the autistic neurotype is as vast a subject as the influence of the predominant neurotype, but because the latter is seen as the default, we just never realised it.