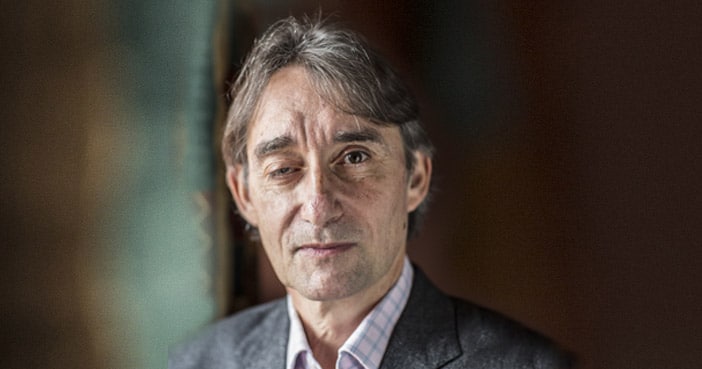 The quote above was reported in a recent inquiry into sexual harassment and misconduct at the Royal Academy of Music in London to have been said by a tutor, to a new student. It is one graphic example from a process which revealed “a widespread culture among students of the fear of ‘speaking out’” (Iqbal, 2019).

When the revelations about Jimmy Savile’s life as a sexual predator following his death in   2011 arose, there was an understandable response of shock. Some reflected that he had always been ‘odd’, most agreed that what he had done was terrible.   A consistent theme running through all responses was, however, that the events were something from a different era, things that wouldn’t happen today.

If only that were so. In relation to sexual abuse in organisations the world has changed considerably in the last decade – yet in some respects, and as illustrated above, has very much stayed the same.

In many respects things have changed since Savile and in ways that no one would have anticipated when he died in 2011. Operation Yewtree, the multi-stranded police investigation into ‘Savile and others’ (Spindler, 2018) shone a light on decades of sexual abuse and offending by powerful figures exploiting their position or celebrity with conscious or unconscious confidence that they could behave as they wished without consequence.

It is sometimes difficult to apprehend the scale of that issue, but some indication is given by the most recent statistics (30 September, 2020) available from police Operation Hydrant, which collates national information in relation to investigations into non-recent child sexual abuse involving an institution, organisation or a person of public prominence. They indicate that 7,780 alleged suspects have been notified to Operation Hydrant since its inception in 2014. 92.5% (7039) of those are males and 7.5% (548) females with 193 of unknown sex. 2,322 alleged suspects remain subject to live investigations (NPCC 2020).

What it seems reasonable to conclude from that welter of numbers is that whatever the situation now, whilst Savile may have been exceptionally prolific in his offending he was by no means an isolated case. If further evidence were needed, the 15 investigations and related research conducted by the Independent Inquiry into Child Sexual Abuse (IICSA, 2021) have illuminated not only the extent of non-recent and relatively recent organisational abuse but also the systemic failings which in some cases enabled offenders to abuse vulnerable children and adults they were responsible for caring for.

Arguably revelations like those from Savile and IICSA have helped to create an environment where it has become more possible, though far from easy, to speak out about sexually abusive behaviour toward adults by powerful men, notably Harvey Weinstein and Jeffrey Epstein, and the consequent inception of the #metoo movement.  It is important we notice and celebrate this positive change, albeit it is early in the process and far from complete.

The idea of ’celebrity’ can take many forms: popular culture celebrity, either local or national; a form of celebrity bestowed as a function of an organisational position e.g. senior manager; or the celebrity that comes with charismatic authority of an individual who creates a position of power within their organisation that was not organisationally provided. However the notion of ‘celebrity’ is defined, there are common elements: it bestows formal or informal power and with it the potential, if not prevented, of exceptionalism – the ability to act outside the rules and norms that apply to others.

Savile was, superficially, unique – his appearance and presentation made him stand out from others, factors he used to legitimise behaviour that would be unacceptable in others, what has been shorthanded as “Oh, that’s just Jimmy”. However, as Peter Wandless, CEO of the NSPCC said in 2015 “…we are not going to successfully address the wider problem of sexual abuse of young people by looking for people in gold suits with weird hair” (Taylor, 2015). Watching out for another Savile will not prevent abuse, but learning lessons from celebrities who abuse across organisations may help to shape an effective response.

In 2019 Keith Kaufman, Judith Zatkin and I published an analysis of organisational child sexual abuse cases to identify common patterns and characteristics displayed by those we termed ‘powerful perpetrators’ (https://doi.org/10.1080/13552600.2019.1645897). As members of NOTA receive the Journal of Sexual Aggression where this article was published, I don’t intend to repeat those data here, rather this article will outline what may be effective responses to minimise the possibility that such offenders may be successful in their abuse of children.

Many of these may seem self-evident, however all too often they are not consistently implemented.

Victims, survivors and those who may become victimised need a clear and explicit commitment from organisations that they are committed to acting on their safeguarding commitments. This means being open to hearing concerns, whether constituting clear allegations of abuse or reports of inappropriate behaviours which fall outside of organisational expectations. Achieving this requires considerations of the following key issues:

The significance of organisational culture

In this context organisational culture can helpfully be described as representing “…the collective values, beliefs and principles of organisational members.  (It) includes the organisation’s vision, values, norms, systems, symbols, language, assumptions, beliefs, and habits” (Needle, 2010) – in short it is “the way we do things around here” (Health and Safety Executive, undated).

The culture of organisations informs how seriously the commitment to safeguarding is taken.    While management and leadership teams generally understand the influence of culture on organisational functioning, how culture influences the safeguarding context is often less understood.  Consciously or otherwise the organisation defines its culture, and that culture forms the context within which the organisation’s members judge the appropriateness of their behaviour.

A key element of a child safe organisation is that “…the institution publicly commits to child safety and leaders champion a child safe culture” (Valentine et al. (2016). Self-evident though it may seem, it is crucial for an organisation to clearly express its values and commitment to safeguarding. So, for example, something as simple as a commitment that “…anyone working on (our) behalf, and anyone benefitting from the work (we) are doing, does not come to any harm, either intended or unintended, as a result of this work taking place” (Unicef, 2018) clearly and unequivocally sets out the organisation’s position and intention. This communicates to all – potential members of the organisation, existing members and beneficiaries – what the organisation stands for in relation to safeguarding.

How these commitments are manifested in practice will vary from organisation to organisation, though whether it is achieving its intent can often be ascertained by simply asking the workforce. One approach which is currently attracting increasing interest is a system of reporting ‘low-level concerns’ (Farrer & Co. et al., 2020), a development from ‘neutral notification’ first mooted in an internally commissioned review into the abuse at Southbank International School by William Vahey (Davies, 2014).  This systemic approach explicitly enables everyone within an organisation to express any concern about behaviour they have witnessed or experienced in a neutral and non-accusatory way.  Its purpose is to help create a culture in which the organisation’s values and expected behaviours as set out in their Code of Conduct are realised: adults working with children are encouraged to share low-level concerns; these are constantly monitored; and the organisation is enabled to respond constructively to breaches of the Code, all of which serve to create a safer and more open culture.

It is not a panacea, nor is it a ‘procedure’ but rather a whole organisation approach that will require explicit ‘buy-in’ from everyone within the organisation to be implemented successfully. It is however one example of how it is possible to go beyond simplistic responses to problems exposed by inquires by developing a more holistic response rooted in culture rather than simply procedure.

Such creativity is important, because it is not enough to assume that abuse perpetrated to the extent of Jimmy Savile wouldn’t happen today or that the revelation of his activity, and that of others, is enough to keep children safe in organisations in the future.  Whilst it may be more difficult for another offender to act as Jimmy Savile did, unless we continue to learn the lessons of the past (and future) and apply creative and explicit approaches to safeguarding children, we will sadly continue to see preventable cases of abuse in organisational settings.

Fellow, NOTA (The National Organisation for the Treatment of Sexual Abuse)

Needle, D. (2010) Business in Context: An Introduction to Business and Its Environment, Memphis, Southwestern Publishing

Spindler, P., 2018, Operation Yewtree: A Watershed Moment, in Protecting Children and Adults from Abuse After Savile: What Organisations and Institutions Need to Do, ed. M Erooga, Jessica Kingsley Publishers, 2018