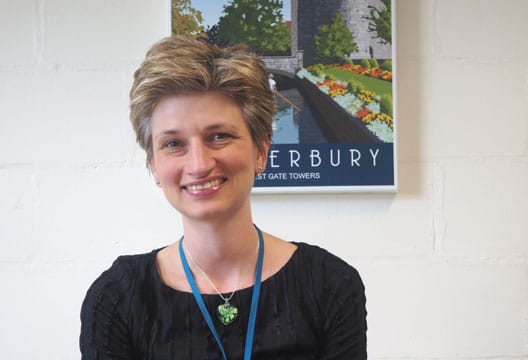 Theresa A. Gannon, DPhil, CPsychol (Forensic) is Professor of Forensic Psychology and Director of the Centre for Research and Education in Forensic Psychology (CORE-FP) at the University of Kent, UK. Theresa also works as a Practitioner Consultant Forensic Psychologist specialising in sexual offending for the Forensic and Specialist Service Line, Kent and Medway Social Care and Partnership Trust. Theresa has published over 120 chapters, articles, books, and other scholarly works in the areas of male and female-perpetrated offending. She is particularly interested in the assessment and treatment of individuals who have offended sexually. Theresa is lead editor of several books including Aggressive Offenders’ Cognition: Theory, Research, and Treatment (2007: Wiley), Female Sexual Offenders: Theory, Assessment, and Treatment (2010: Wiley-Blackwell), and Sexual Offending: Cognition, Emotion, and Motivation (2017: Wiley-Blackwell).  Theresa’s key note address to Conference was entitled ‘Are sexual offence programmes working? What does the latest evidence tell us?

I got into this area of academic/professional work because…

…I went to a lecture when I was a 3rd year undergraduate and in that lecture they were talking about the cognitive distortions of people who have sexually abused children.  I’d never heard anything like that before in my life and it was the first time I’d ever heard psychological science or research being used to look at sexual offending against children and I just walked away absolutely fascinated.  I don’t think I’d really ever thought about sexual abuse, as a 19 year old, fortunately it was something I had little experience of in a way, but then I walked away and thought I really want to do that.  And I’m not one to be conventional so the idea of going into a prison and working with what most people in society wouldn’t have dreamt of working with really appealed to me.  And I’m quite open minded and I just really wanted to know why these individuals might do this, there was no judgement there.

And that was it?

I looked for a PhD, didn’t realise that the supervisor wasn’t actually a forensic psychologist, they just had the same surname, but I still got through.

And when you were doing your PhD were you in practice?

No, well, I began practice at the end of it.  I went through the BPS chartership route where you use different experiences you have had on your journey and put that as your portfolio.  When I first applied for my chartership in 2005 I got declined because they said all of my practice work was far too focussed on sexual offending and that I needed to have a broader repertoire – which was actually the best thing that happened to me because it meant that when I came back to England from New Zealand where I had been working, I went to work in Kent and Medway Social Care and Partnership NHS Trust in a medium secure forensic unit, which I had no experience of, and I worked with females with anger issues, men with violent offences more generally, I worked with fire-setting, I worked with all manner of offences, with people I would never have worked with otherwise.  So I’m pleased, because it gave me the skills to get where I am today.

The hardest aspects of my work are….

Personally the hardest thing for me is trying to juggle being a good practitioner, with being a good academic.  I don’t think they always go hand in hand, no matter what people may believe, so I have to do my practice work on top of my full time academic work.  So I have to do it over and above.

And do you do that because you think it’s important for your research?

Yes, some of the best research I ever did has been through my clients…so for example I went to see someone who had sexually offended to do an assessment on them, and they had loads of fire-setting offences.  I walked away thinking I’m not worried about the sexual offending here, which was relatively manageable, but the other stuff, I thought what is happening here – and I went away and developed a whole load of new research on fire setting intervention for these people.

I have 3 desks, 1 at home, 1 at University and 1 desk at the NHS.  At the NHS it’s very clear because I have to share it with someone else.  My desk at University is lived in but not a complete mess.  My home desk is pretty much the same.

I attend to my welfare and well-being by…

I definitely tend to my welfare and wellbeing in a few key ways:  I always make sure I take time out to spend with family and friends and I try not to check my email when I’m at home.  Typically when I get home I’m home, unless there’s a massive deadline or something.  I usually make time to see friends from my PhD days and we go away for breaks together.  And I make sure I come to Conferences.  I think when you have family or childcare responsibilities it’s really easy to put yourself last, and if you do that I think everyone else suffers, so I’m a big believer in looking after yourself and segmenting life as much as you can.  I make sure that I have a decent team around me at work – I always make sure we have lunch together and talk together, people are so crazy busy, but I always make sure we have lunch together and I think that makes work an enjoyable place to be.

My advice to anyone thinking of pursuing a similar career is….

Do it!  And always make sure you give everything 110% – things are so competitive in terms of becoming a practitioner or an academic – I look now and think would I actually have got the jobs I got now…I think they have it harder now.  So my advice would be don’t give up, but know you are going to have to put in the work to get where you want to be.  And always look at forensic problems as a puzzle that needs to be solved; don’t get emotionally involved with difficult behaviours.

If I could have had a second career I would also like to have….

…been a paramedic or something like that, not a doctor.  I like to be in the middle of things and I like to be connected to people and I think as a doctor you can become disconnected.  Paramedics go out as a pair and they experience some difficult things together and it’s really important work.

… go out for pub meals, sample real ales and stroke my cats.

I wish I was really good at…

That’s hard…I wish I had some amazing hidden talent that you could suddenly bring out…and everyone would say ‘you should be on Britain’s Got Talent’ or something…something amazing that no one else could do.

It may not be obvious from looking at me that…

I don’t go to the gym and I eat whatever I want.

The public figure I most admire in the world is…

Leona Lewis, she’s a singer, she does a lot for animal advocacy, for PETA, and I really admire her for that.  She came from nowhere…was on the X Factor…and you could be really dazzled by that and just focus on yourself but she’s been really quite key in putting forward animal rights.  And also Ricky Gervais because Ricky won’t have anyone put animal rights issues down, he’ll just tell people straight, and I like his tweets on that.

The public figure I most dislike in the world is…

Donald Trump.  I don’t think I have to explain why.

What is really important about life is…

Not taking life too seriously.  I believe in people doing their jobs to the best of their ability and not using that as some kind of excuse, but not taking things too seriously.  At the end of the day we’re all mortal beings and one day we won’t be here anymore.

If I had a magic wand I would…

Make the world a better place to be in without the abuse of people or animals, I’d eradicate it completely.