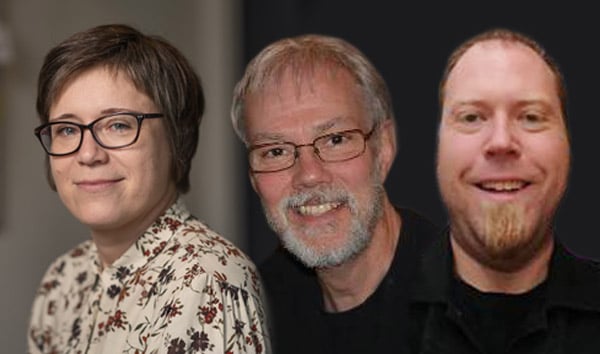 Not so cute after all? The controversy over “Cuties”- Kasia Uzieblo, David Prescott and Kieran McCartan

In recent days, a controversy arose over a Netflix-produced movie titled, “Cuties”. Its marketing campaign featured young girls dressed provocatively. It drew instant criticism in social media with some claiming it is a movie for paedophiles; others even stated it will elicit paedophilia. The topic has also become politicised, with politicians apparently fueling the idea that the movie is evidence of an underage child sex trafficking cabal in Hollywood. Furor over risqué art is nothing new, but the speed with which Netflix was chastened and responded was impressive: Netflix apologised, canceled the marketing campaign and in some countries has seemingly removed the award-winning movie from its platform. Ironically, most agree that the marketing campaign did not reflect the actual content of the movie effectively. The film was about a girl caught between the cultures of her French schoolmates and her Senegalese Muslim family, and reflected the director’s story. Still, opinions of the content have been sharply divided within our field.

So, did we judge too soon? Most probably. Many judged the metaphorical book by its cover, without having seen the actual movie. The experience shows us the many perils of social media. Although social media has its merits, it tends to ignite polarised discussions with little room for nuance and reflection. Social media encourages rapid browsing of headlines and elevates provocative items. Users are rewarded for (re)posting provocative, splashy items by giving them more followers and retweets, even if the story is untrue. Hence, social media focuses our attention on the number of likes and distracts people from accuracy. This is a dangerous evolution that is increasingly misused and abused by certain people and groups in society to mislead people on political, economic, health, and climate issues, to name a few. All of this is important for those us who spend much of our careers attempting to dispel inaccurate, seemingly mythical information about sexual abuse.

Will people change their judgment on the movie? Some might, and many will not, even when they hear what the story is really about. Information that is initially accepted but later corrected, is found to have a persistent influence on people’s memory and reasoning. New information will always be weighted and interpreted in light of information already received (Ecker, Lewandowsky, Pin Chang, & Pillai, 2014). In addition, people are more likely to accept (mis)information when it is consistent with their beliefs and attitudes (see for a review, Lewandowsky, Ecker, Seifert, Schwarz, & Cook, 2012). Thus, the danger in this story also lies in the fact that this controversy will fuel wrong conceptions on paedophilia and facilitate child trafficking conspiracy theories.

Will the movie ‘elicit’ paedophilia, as some have argued? There are two possible questions within this idea. With media willing to sexualise children in high supply everywhere in western society, perhaps we should be engaged in a broader discussion about this topic. On the other hand, questions regarding whether this film will create paedophilia where none existed before might best be answered with the question of whether watching films about gay people have ever changed anyone’s sexuality at a fundamental level. While there is always the possibility that any media will move people into some kind of action, people’s fundamental sexuality is simply not that subject to change.

Further, while there are provocative images and content within Cuties that some will view as confirming their existing offense-related attitudes and beliefs, the film is best understood in context. The ongoing debate reinforces the point that problematic content is always available and easy to access for our clients. This means we need to respond to this with our clients. It is not that different from the times before the Internet, when our clients would commonly use non-pornographic child sexual abuse imagery. Those who are interested in children will always find this content, with the difference here being that it was given directly to them.

The main issue remains that these headlines and social media attacks divert from the important discussion that the director intended to have with the audience. She wanted to ignite a discussion on the sexualisation of children. As the directors stated, “I wanted to open people’s eyes to what’s truly happening in schools and on social media, forcing them to confront images of young girls made up, dressed up and dancing suggestively to imitate their favorite pop icon.” This is the discussion that should get our attention. When I (Kasia) bring this topic up in my classes – which I have been doing over almost the last 10 years – many students argue that I’m not a feminist. Girls and women have the right to dress how they want; an argument that many pop icons promote as well. But isn’t the pressure that these girls feel to dress provocatively so that they can be part of the current pop culture not also a sign of oppression? And isn’t this form of oppression also worthy of close examination? Perhaps our rush to judgment precludes other, more important discussions, including those regarding where oppression begins and ends?