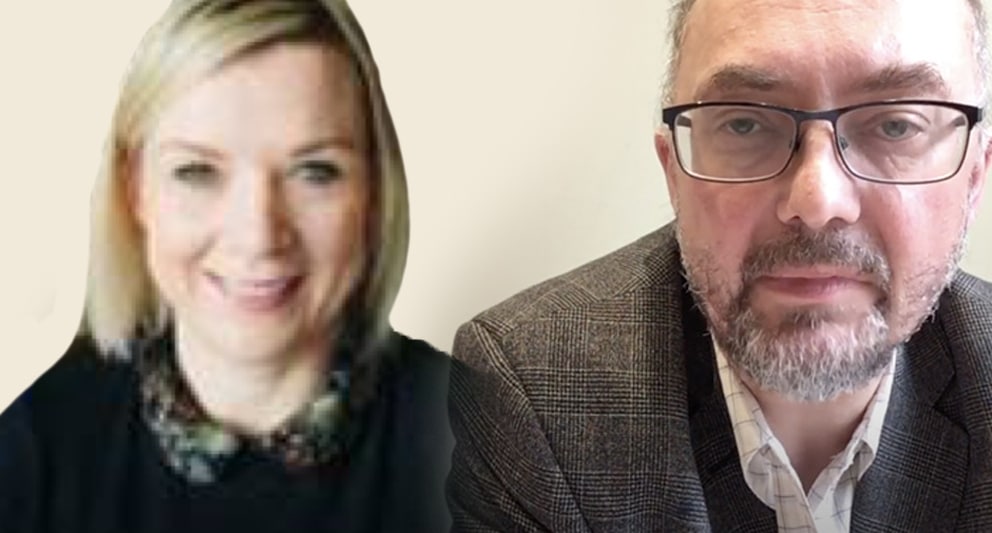 In 2017 UNICEF published a report entitled ‘A Familiar Face’ (https://www.unicef.org/publications/index_101397.html) which looked at the global issue of violence in the lives of children and adolescents around the world. Amongst the lengthy lists and examples of appalling forms of maltreatment, harm and abuse that children can experience, one statistic within the report should have particular resonance for NOTA News readers:  Adolescent girls around the world are more likely to be sexually abused by a peer than they are by an adult.

It’s a shocking statistic that reveals the widespread prevalence of peer on peer sexual abuse and adolescent intimate partner violence. The UNICEF reports shows that researchers and practitioners are starting to recognise harmful sexual behaviours (HSB) displayed by young people not just as an issue of the global north, but as an international problem. And this then begs the question of how governments and states should tackle this troubling social concern.

Consider the UK for a moment. We have known for many years that around 1/3 of child sexual abuse is caused by children and young people themselves. And although there are pockets of excellent practice and joined up working in various part of the country, statutory and non-statutory services providing assessments and interventions for young people who display HSB are stretched, victims and survivors often don’t get the support they need, and the families of children who harm and children who are harmed often miss out on help they desperately need. In short, we urgently need a strategic and national response to this pressing issue.

Up until now, that has been as true in Scotland as it is elsewhere in the UK. But there are signs that a national strategic plan is starting to take shape. This is on the back of growing professional and public awareness of this issue.  Between 2012 and 2016 the number of cases reported to the Crown Office and Procurator Fiscal Service (COPFS) in Scotland involving a sexual crime committed against a child by a child increased by 34%. In particular cyber enabled sexual offending amongst children and young people was noted as a significant area of increased recorded sexual crime.

In response to these shocking statistics, the Scottish Government in December 2016 commissioned a review to look at this subject and to try and answer some key questions. Why are we seeing increases in sexual offending caused by children and young people?  What does best practice look like for those who harm and those who are harmed? And what do we need to do to prevent sexual offending by children and young people in the first place?  Led by independent chair and former Crown Agent & Chief Executive of COPFS, Catherine Dyer, an expert group was created in early 2017 bringing together statutory colleagues from law enforcement, social work, education and health along with representatives from the third sector and academia.  The group was tasked with:

The report, http://www.gov.scot/ISBN/9781839602481, details the group’s journey, areas explored, evidence collated and recommendations made to prevent children and young people’s involvement in sexual offending. What all of this means is that Scotland is the first part of the UK to develop a national strategy to tackle sexual offending perpetrated by children and young people themselves.

Over 15 months the group explored current data and research and took evidence from key researchers as well as gathering the views of young people, their families and professionals. They examined resources available and responses to this behaviour within all 32 local authorities. From the start the group recognised HSB in childhood and adolescence is a heterogeneous phenomenon: different kinds of children with different kinds of backgrounds doing many different kind of things that harm other children and adults in a range of different contexts. Accordingly several subgroups were established to look at diverse subjects such as peer on peer abuse, intrafamilial abuse, children with intellectual disabilities, online behaviour, children under 12, as well risk assessment, therapeutic responses and data collection.

A sub-group was created to build on the NSPCC audit tool to assess nature and quality of service provision across Scotland’s local authorities.  All child protection committees (CPCs – the Scottish equivalent of safeguarding boards) were tasked with gathering evidence about local practice, processes and leadership in 5 areas:

There was wide variation in the focus, information and level of detail across the 27 responses received. While this limits what can be concluded,  all areas reported having multi-agency protocols to support children and young people who display inappropriate, problematic or abusive sexual behaviour, whether in the context of wider child protection procedures, or specific protocols or procedures.  The majority of schools also had relevant procedures and protocols, within child protection procedures or others; i.e. anti-bullying, child sexual exploitation (CSE), online safety etc. However, the use of the CSE procedures for children and young people displaying HSB in some responses to the audit tool appeared to be combined, rather than taking into account the significant differences and needs of these two, often distinct, groups. Variation in concerns recorded by child protection committees (CPCs) was also highlighted, both how they are recorded and thresholds for these. When data was gathered about cases involving a multi-agency response, this information does not seem to be used in the majority of cases to inform service provision or development.

When data about children and young people displaying inappropriate, problematic or abusive sexual behaviour in schools/the community is not routinely or systematically collected or reported on, it makes it difficult for CPCs to gain a clear and full understanding of patterns, frequency, nature and severity of such behaviours, which would help them plan relevant supports.  The report also suggests many local authorities would benefit from closer analysis of service provision, procedures and policies, effectiveness of interventions referral pathways, workforce development and leadership in this area of practice.  This led the group to recommend that CPCs should co-design a permanent version of the tool to collate regular data, information about services and the development of a ‘positive sexual behaviour training plan’ to support professionals.

Another recommendation included that for children and young people under 18 who present a significant risk, multi-agency Care and Risk Management (CARM) procedures https://www.gov.scot/publications/framework-risk-assessment-management-evaluation-frame-local-authorities-partners-incorporating/pages/8/

should be used consistently across Scotland -allowing this behaviour to be responded to, managed and addressed, irrespective of whether the young person has been charged or convicted of a crime.   CARM provides both robust risk management for public protection whilst recognising the need to ensure the child, whose behaviour poses a risk of serious harm, is protected. The national CARM guidance is being re-drafted to ensure such cases are seen within the lens of child protection, and the recommendation made for the National Child Protection Guidance (also currently being redrafted) to include a section on HSB and the use of CARM.

To gauge the views of children and young people, 2 surveys and 4 focus groups were undertaken.  In total, 1,719 responses to the surveys were received and a further 41 young people within HMPYOI Polmont and 3 secure units were included within the focus groups. Young people were asked a variety of questions in relation to their online behaviour to assess their knowledge and understanding of what constitutes a sexual offence both online and offline, and personal feelings regarding their safety.

Overall, those who completed the online survey were reasonably well informed regarding what constitutes an offence online, compared to those involved in the focus groups and who may have missed sessions in school.  Although many responded that they felt the risks online were not fully understood, most felt safe online.  The majority advised that they would rather learn about sex through online resources/the internet than in a classroom environment, which, depending on the material being viewed, can be a problem in itself.  Having a main resource in Scotland that young people and parents know to go to with the most accurate information and support should they need it, would support them in being fully informed about what behaviour is classed as criminal and could result in police involvement, and what they should/could do in different situations, for example, an image of them being shared, on-line grooming, or cat fishing[1].

And finally, the report recommends the creation of an oversight group to ensure meaningful change and a reduction in sexual offending of children and young people is achieved. Over the next few months NOTA members may be particularly interested to watch how the work of this group develops and starts to lay out its strategic vision for a safer Scotland where all children can be brought up without fear of abuse or harm.

Fiona Dyer, Deputy Director at the Centre for Youth and Criminal Justice at the University of Strathclyde and was secretariat to the expert group.

Stuart Allardyce, Director, Stop It Now! Scotland, part of the Lucy Faithfull Foundation, and co-author of ‘Working With Children and Young People Who Have Displayed Harmful Sexual Behaviour’ (Dunedin Press, 2018).

[1] Catfishing is a deceptive activity where a person creates a sockpuppet social networking presence, or fake identity on a social network account, usually targeting a specific victim for abuse, deception, or fraud. Catfishing is often employed for romance scams on dating websites.