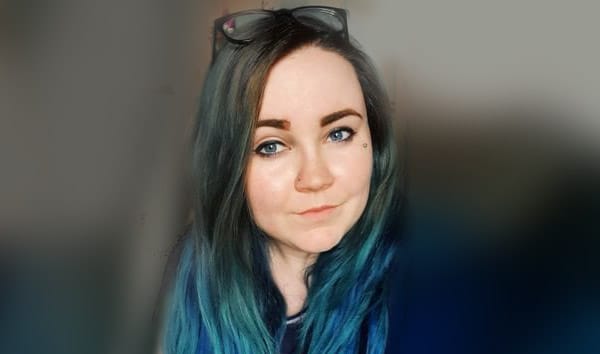 The interest in engaging in sexual behaviour with someone who is asleep – termed ‘somnophilia’ – has long been considered a predatory interest. In fact, John Money’s (1986) original definition classified somnophilia as a marauding/predatory type of paraphilia, suggesting that the arousal depended on the reaction of the sleeping partner upon awaking during sexual activity. This has been repeatedly likened to the Sleeping Beauty fairy tale, where the prince wakes up the princess with a kiss. But is this a true reflection of somnophilia?

Somnophilia has been theorised to lie along a continuum with necrophilia due to the passivity of the target individual (Pettigrew, 2017). Some have even suggested that somnophilic behaviour functions as a substitute for necrophilia as it bypasses the crimes associated with the latter (Calef & Weinshel, 1972). Deehan and Bartels (2019) recently examined this proposed link empirically. They found that, in community-based male participants, fantasising about somnophilic behaviour and necrophilic behaviour were positively correlated. This relationship provides the first empirical indication that the “Sleeping Beauty” rhetoric does not ring true for all types of somnophilia. That is, if somnophilia is a form of pseudonecrophilia, arousal cannot stem solely from the sleeping partner awakening.

In their study, Deehan and Bartels (2019) also found that a subset of people interested in sexual activity during sleep were more interested in being the passive/sleeping person – which the authors termed ‘dormaphilia’. This bears a similarity to other paraphilias that have a seemingly complementary opposite (e.g., sadism and masochism; or exhibitionism and voyeurism). Deehan and Bartels (in prep) further explored somnophilia and dormaphilia in an online sample of the general population. One of their key aims was to establish what the participants found arousing about their sleep-related fantasies and behaviours. It was found that the individuals who fantasised about dormaphilic behaviours commonly reported their fantasies being focused on themselves waking up during the sexual activity. This could be due to the limited awareness of the activity if they remained fully asleep throughout. Interestingly, individuals who fantasised about dormaphilic behaviours and who wanted to remain asleep made mention to wanting physical proof of the activity afterwards (e.g., clothing removed) and that videos were key to their arousal. This provides insight into how such individuals go about achieving (non-real time) gratification from the behaviour.

Regarding the participants who fantasised about somnophilia, Deehan and Bartels (in prep) observed an even split across the sample in terms of preferring the passive person awakening or remaining asleep. In keeping with the idea of a “Sleeping Beauty Syndrome” and Money’s original definition of somnophilia, individuals who reported being aroused by the passive person waking up, made references to seeing their partner’s surprise or pleasure upon waking. In direct contradiction to this, however, some individuals expressed frustration when their partners woke up during sexual activity, making references to the use of sleeping aids (such as sleeping pills) to help with this. Other individuals made references to finding the lack of resistance arousing, as well as being able to attempt behaviour that they would otherwise be unable to do if their partner were awake.  In summary, the experiences and desires of individuals interested in somnophilia and dormaphilia support the “Sleeping Beauty” comparison in some cases and directly disprove it in others. This may suggest a typology of somnophilic interest/behaviour that is defined by the focus or source of arousal.

These recent empirical studies were conducted online using non-forensic participants recruited via social media. Thus, as perhaps excepted, participants more commonly endorsed consensual, rather than non-consensual, somnophilia (Deehan & Bartels, 2019). Here, consensual somnophilia refers to sexual activity that the ‘sleeping person’ has previously consented to while they were awake. However, categorising somnophilic behaviour in this way leads to several questions around consent. Including the fact that someone cannot consent to sexual activity whilst asleep. However, Deehan and Bartels (in prep) found that there are many couples who engaged in this behaviour. For these people, it was reported that giving prior consent to a partner required a high level of trust and mutual interest in the behaviour.

This is similar to the way that sadistic and masochistic behaviours are not appropriate without consent, mutual interest, and trust in the partnership. Without these relational factors present, somnophilic behaviour moves more into to category of offending behaviour. Indeed, Deehan and Bartels (2019) found that non-consensual somnophilic interest was associated with greater rape fantasies and rape proclivity. This is important to acknowledge because, in recent times, some individuals have used “they consented” as a legal defence when they have committed sexual offences involving sleeping or unconscious victims – as seen in the high-profile Bill Cosby case.

In conclusion, defining somnophilia as a predatory interest that is likened to ‘Sleeping Beauty’ is misleading for those who have this sexual interest and for those who work with such individuals. The definition does not consider the variety of ways the interest can behaviourally manifest, or the different underpinning motivations. For example, not all individuals interested in sleep-related sexual activity wish to be the active participant (i.e., some have a dormaphilic interest). Further, the term “Sleeping Beauty syndrome” does not encompass all aspects of somnophilia. Thus, it would be more appropriate to use “Sleeping Beauty syndrome” to specifically describe preferences where sexual arousal stems from the awakening and surprise of the passive person. This may allow for further differentiation in terms of motivation and behaviours (in both general and forensic populations). Identifying this differentiation is vital for those working with and supporting individuals with sleep-related sexual interests.