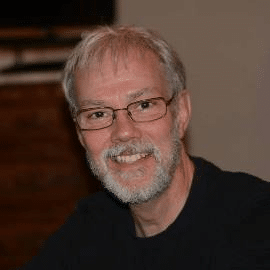 Before reading further, you may wish to ask yourself: Have you ever come across a colleague whose methods were so unusual that you swore you would never refer a client to them? Have you ever interacted with a colleague and believed them to be burned out? On the other hand, have you ever known a colleague who was so obviously effective that you would send a member of own family to them if it were necessary? How effective does each of these professionals believe themselves to be? Do ineffective therapists know that they are ineffective or making matters worse?

It often seems that for all of our talk about finding the right treatment model or the right assessment measure, the hard work of simply becoming a more effective professional goes missing in our dialog. Ultimately, who the therapist is can be far more important than the models or techniques they use. Clinical supervision can be helpful, but comes with the risk of focusing on areas other than whether the therapist is becoming more effective with a wider range of clients over time.

In 1997, pioneering researcher and NOTA member, Anthony Beech, and Ann Scott Fordham examined the therapeutic climate of programs for people who had sexually abused (Beech & Fordham, 1997). Their findings were sobering. Among them, it was clear that the therapists believed themselves to be more effective than their clients did. Among their findings:

“… the leaders saw themselves as more in control of directing the group… they viewed themselves as making decisions and enforcing rules and offering a greater degree of help, concern, and friendship, considered themselves as better able to handle anger and aggression in the group, and perceived the group as more innovative than did the members. (p. 217)

Many people have heard about this study, and many have cited it in their research. However, in the author’s experience, few have deeply studied how the findings might apply to them. More recently, Steven Walfish and his colleagues studied psychotherapists and found that the average therapist rated themselves as more effective than 80% of their peers (Walfish, McAlister, O’Donnell, & Lambert, 2012).

Fortunately, research has examined and offered ideas for what professionals can do. Among these are:

First, recognising the biases that affect the work of all professionals can be an excellent start. The self-assessment bias described above is extremely important to address: we all have a tendency to inflate our abilities and so cultivating humility while maintaining healthy self-esteem can be vital.

Second, it’s important to remember that the therapeutic alliance itself is central to all of the world’s effective, bona fide psychotherapy methods. The therapeutic alliance is not just about having a nice relationship. It’s about ensuring agreement with the client on the goals and tasks of treatment as well as on the role of the therapist within this work. All of this needs to occur within the client’s strong personal and cultural values.

There are methods for assessing and ensuring the quality of the therapeutic alliance. The author finds the most effective of these to be the Partners in Change Outcome Management System (PCOMS). When combined with discussion of client feedback and deliberate attempts at professional self-development, this system is also known as Feedback-Informed Treatment (FIT; Prescott et al, 2017).

Third, becoming as trauma-informed as possible is not only directly helpful to clients, but indirectly as well. Trauma-informed care can be an excellent means by which to help ensure that each client’s life experiences are understood and appreciated.

Fourth, using approaches that awaken a client’s internal motivation for change can make the difference between genuine client buy-in and simply complying with a program. Approaches such as Motivational Interviewing can offer each professional a skill set that they can work to improve on as a part of their professional self-development.

In the end, all professionals should be on guard against the belief that they are as effective as they need to be. If we are fooling ourselves into thinking that we are better than we are, we may risk compromising public safety at the same time as we are not delivering the best services that we can.