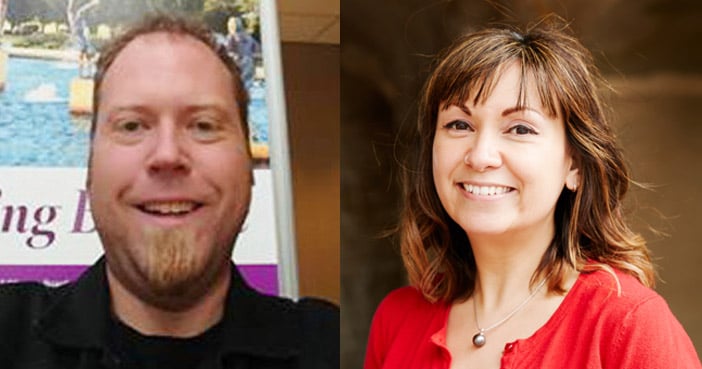 The adage “the more things change the more they stay the same” feels very apt when considering the current socio-political landscape. The advent of COVID-19 has brought significant changes in our ways of living, working and social engagement, some of which are for the best and others not so much. In the fields of domestic violence and sexual abuse, especially child sexual abuse, we have seen increased conversations and social messaging about the reality and impact of it, particularly conversations about increased online offending, the impact of lockdown on offending behaviour and the reality that home is not the safest place for everyone. Therefore, the truth is that child sexual abuse has altered and diversified somewhat because the conditions and context have changed (i.e. the reported increase in online child sexual abuse and grooming). This is important to recognise because it begs the question of whether this change is a blip that will return to “normal” after the pandemic or if it is a permanent change of course? We do not know! The reality seems to be that things will not return to the way that they were pre-pandemic, well at least in the short to medium term, and therefore we need a new strategy for responding to child sexual abuse. Fortunately, the Home Office have delivered one, but the challenge is whether their new strategy is fit for purpose in the new, adapted world we find ourselves in?

The document itself is an interesting read, especially the literature review on what we know about people who sexually offend and the impact that COVID-19 has had on offending. The new strategy addresses three key objectives:

In delivering these three objectives the Home Office will:

We are going to drill down into a couple of the main points and features of the strategy to discuss whether they have shifted the landscape.

The strategy discusses the importance of preventing child sexual abuse and that we must do more in this arena, which is welcomed. The reality is that we need to move towards a more preventive approach in dealing with sexual abuse so that we are safeguarding people rather than dealing with the fallout of abuse afterwards. This is in line with the Home Office’s announcement of funding for child sexual abuse prevention and is reflected in a move by police, probation, charities and researchers consider more prevention activity. But does the strategy go far enough in this regard? We feel the answer is no.

We believe we need to see a commitment to more joined up, multi-agency working in this area across the board but especially in policing, social care, education and community settings. This is particularly true in regard to online offending. Child sexual abuse is evolving, regardless of the pandemic, with individuals who commit sexual abuse increasingly using the internet and other digital technologies to access children, create and distribute child sexual abuse materials and swap strategies in communities advocating such abuse. Although the impact of technology upon child sexual abuse is acknowledged within the report, a greater understanding of the online context, particularly how the internet is used and understood, by both children and people who commit child sexual abuse, is needed to establish effective preventative strategies to protect children.  While the recognition within the strategy of the need for more prevention activity is a good start, there needs to be a more structured commitment to embedding prevention across child protection, health care and criminal justice settings.

One of the main strands of the strategy is an increased focus on online child sexual abuse and ways of policing and managing behaviour online, both in terms of child protection and community risk management. The report includes an ambitious goal to remove ‘safe spaces’ for offenders to abuse and exploit children online. However, there is a lack of clarity about what is meant by a ‘safe space.’ It is noted that people who commit online sexual abuse communicate and organise in both open and ‘dark’ websites and forums and so ‘safe’ in this regard does not necessarily equate with the anonymity or encryption afforded by the dark web; and besides it is easy to assume a different identity irrespective of what space is being used online.

Furthermore, this notion of a safe space overlooks the different aspects involved in online child sexual abuse activity, which influence what type of space is being utilised. Whilst ‘dark web’ activity is likely to involve the distribution of child sexual abuse materials and engagement with other perpetrators, and where access to potential victims is sought, the ‘dark web’ does not necessarily provide direct access to children as they are highly unlikely to be using these encryption technologies themselves (although this is where the cross over with on and offline abuse may occur as contact could be made with someone with access to a child) and so mainstream social media and gaming platforms provide this opportunity.

Additionally, the live streaming of child sexual abuse is now recognised as an established threat, with perpetrators of this activity potentially posing an increased aggravated risk, controlling and framing the terms of the real-time sexual abuse of a child. Within the report the role of online communities in perpetuating live streaming activities has not been acknowledged, instead the focus is on the setting where the child is. This disregards the importance for some offenders of ‘performing’ for the community and how others are encouraged to engage in contact sexual offences against children. Perpetrators have also moved to live streaming in order to utilise new technologies to evade detection from law enforcement; often there is no recording and captures of such broadcasts are not commonly publicly distributed online. Furthermore, the expansion of the internet to poorer countries, the widespread availability of devices capable of live streaming and the existence of facilitators willing to exploit children for financial gain in such countries is likely to continue to provide a burgeoning marketplace for commercial sexual exploitation.

The strategy also states a commitment to fit for purpose punishment, with a ‘just desserts’ perspective on punishment that talks to increased sentencing and tariff reviews. This is challenging because it is walking a tightrope of popular punitiveness vs the research evidence base. We know from legal, social justice, criminological and psychological research that a more punitive approach does not reduce reoffending or change criminogenic need. The reality is that we need stories that marry together risk management, behaviour change and harm reduction to achieve desistance, meaning that harsher sentencing may be counter intuitive. The strategy does commit to the increased investment in the criminal justice system that this more punitive response will need, however harsher sentencing goes against the premise of prevention and seems somewhat contradictory. This strategy was an opportunity to rethink our response to child sexual abuse, especially online child sexual abuse, and start to think about alternatives to custody based on risk level and threat, for as National Police Chief’s Council Lead for Child Protection, Chief Constable Simon Bailey has previously said “The scale of child sexual abuse means we cannot solely prosecute our way out.”  It seems this opportunity has been missed.

Community integration of people who have committed an offence is always a hot topic, but this is especially true in respect to people who have sexually offended against children. In the strategy the Home Office states that it will re-examine Sarah’s law and its links to the register, as well as community safety, to make sure that it is fit for purpose. While a review of policy and practice is important and necessary, the reality is that it needs to be examined on a more theoretical level. The current scheme is based on the premise that knowing who your registered “sex offenders” are makes everyone safer and better able to protect their families. However, we know that sexual abuse is under reported, under recorded and can have a poor conviction rate, which means that a full list of people known to have committed a sexual offence does not exist. What exists instead is a list of people known to be convicted of a sexual offence. This raises questions about the viability, marketing and usefulness of the register, as well as the disclosure scheme. A different approach, such as that taken in New Zealand where the register is used in a strengths-based, supportive fashion that speaks to rehabilitation and reintegration, rather than the punitive approaches used in the UK, should be considered.

The strategy is a mixed bag in its objectives and deliverables, as it includes discussions around the importance of prevention strategies as well as a focus on traditional conservative criminal justice values; therefore, the new strategy moves the debate about responding to child sexual abuse forward, but not in our view far enough.  The reality is that the strategy was built for a pre-COVID19 world and does not reflect what will be the new normal in moving forward. It embraces a commitment to dealing with online sexual abuse, prevention and community integration but does not go far enough in doing this.  It feels like a cautious first step, but true system change requires examination of the effectiveness of current practices.  If we really want to prevent child sexual abuse, we need a “what works” approach grounded in desistence and harm reduction that takes account of the voice of those who may sexually abuse, or who are already offending, taking a trauma-informed approach.

Lisa Sugiura, Principal Lecturer in Criminology and Cybercrime at the University of Portsmouth