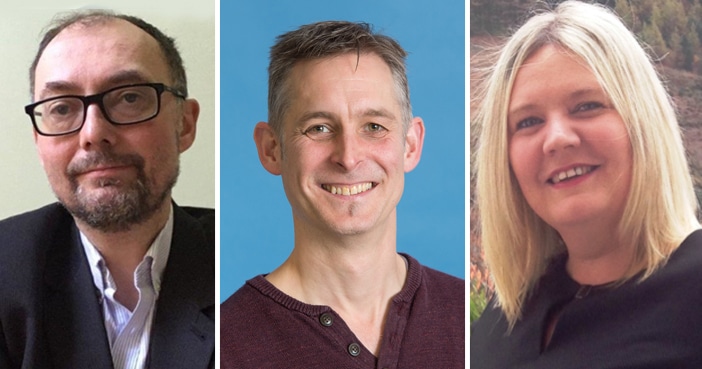 At the end of March 2021 there was widespread reporting in UK media of the Everyone’s Invited website. The site was set up in 2020 as a place where victims can post anonymous accounts of abuse they had suffered. In March of this year it went viral with thousands of accounts added that month, many from young women describing sexual harassment and sexual violence carried out against them by young men who are at the same school, college or university. By 29th March there were more than 8000 allegations on the site.

Deeply worrying as this is, Everyone’s Invited speaks to an issue that is rarely discussed amongst practitioners working in the harmful sexual behaviour field: the highly gendered nature of sexual violence. Finkelhor, Ormrod, and Chaffin (2009) in their study of data from US National Incident-Based Reporting System (NIBRS) regarding 13,471 cases involving youth sexual violence found that 93% of those who had perpetrated harm were boys and 79% of victims were girls, figures broadly in line with similar studies (Fox & DeLisi, 2018; Hackett, Phillips, Masson, & Balfe, 2013). There is diversity here: some boys sexually abuse other boys, and some abuse both girls and boys, while, a small proportion of harmful sexual behaviour is carried out by girls, targeting boys, girls, or both. However, the significant overrepresentation of boys as perpetrators and girls as victims is a striking empirical finding which is rarely analysed or discussed in the relevant literature.

The authors of this article explored this in a recent book chapter (Allardyce, Yates, & Wareham, 2021). Our conclusion was that bringing a gender lens to our work is an urgent necessity for all of us as practitioners.

What this might mean is a shifting away from seeing adolescent sexual violence as a psychological issue and instead thinking of it as a sociological phenomenon.  Those working with a gendered analysis understand that the overrepresentation of boys and men as perpetrators and women and girls as victims of sexual violence relates to wider gender inequalities in society, whereby a societal hegemonic masculinity played out in families and other relationships intersects with an individual at a particular time and place (Durham, 2006). Social change over the last century has led to resistance to and disruption of patriarchal orders in society:  Everyone’s Invited is a great example of that. However, gendered socialisation along patriarchal lines continues and can be seen in modern day attitudes and values in relation to sexual relationships and sexual violence that provide the cultural context for abuse and sexual harm.

But what implications does this insight have for our practice? Our typical intervention approaches with harmful sexual behaviour (HSB) tend to be ‘gender blind’, meaning that often socially-sanctioned gender stereotypes, victim-blaming attitudes, sexual harassment and rape myths are rarely addressed. One of the explanations for this is that attitudes and values have not emerged as factors associated with adolescent sexual recidivism, and therefore are not considered to constitute criminogenic needs. However, risk factors such as ‘antisocial orientation’ may be examples of harmful hyper-masculine norms when viewed through a gender lens (Heilman & Barker, 2018).  Furthermore, the blindspot about the grounding of sexual violence in attitudes and values may be compounded by an overreliance on quantitative research and a lack of qualitative orientated studies that explore gender attitudes. Interventions need to address welfare needs as well as criminogenic needs, and ensure that programmes are holistic enough to address future non-sexual risks. Children have often had damaging developmental experiences and been affected by aspects of ‘toxic masculinity’ (by which we mean the assertion of male privilege or men’s power). Failing to address gender-specific factors in the aetiology of sexual violence may leave the child at risk of other non-sexual forms of gendered violence in adolescence and adulthood. In short, programmes may focus too narrowly on reducing risk of further sexual violence without conceptually grasping that sexual violence may be just one of a range of manifestations of negative patriarchal values and attitudes.

The theoretical and empirical gap in writing about gender in relation to HSB exemplifies a wider gap in child sexual abuse research. In an overview of the literature on the aetiology of child sexual abuse, Clayton, Jones, Brown, and Taylor (2018) conclude:

‘Noticeably absent from the research is evidence pertaining to community and sociocultural factors. It is important to question critically how different factors interact. For instance, the evidence indicates that girls are more at risk of child sexual abuse, however we do not know what mechanisms are operating to produce this increased risk for girls. Feminist theory hypothesises that culture enforces an unequal social structure that disadvantages women and girls. However, we found no studies exploring the intersections between gender identities and sociocultural constructs.’

The overall conclusion of our book chapter is that research and practice in this field needs urgently to take the question of gender more seriously in order to develop approaches to intervention and prevention, which recognise the profoundly gendered nature of this form of sexual violence.

Allardyce, S., Yates, P., & Wareham, S. (2021). How Could a Gender-Sensitive Approach Help Us to Identify and Respond to Children Who Have Displayed Harmful Sexual Behaviour? Understanding Gender-Based Violence: An Essential Textbook for Nurses, Healthcare Professionals and Social Workers, 49-61.