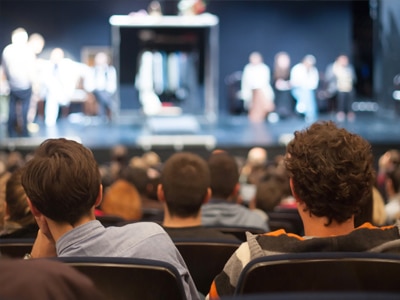 Using Theatre to Highlight the Importance of Working with Sexual Harm Causers to Prevent Further Victims: A Joint Venture between Circles UK and The Geese Theatre Company – Riana Taylor

What did we do?

Circles UK commissioned The Geese Theatre Company to create a production which illustrated the journey of a sexual harm causer[i] from prison to release and joining a Circle of Support and Accountability (Circles).Circles is a well proven effective intervention  (Thomas et al. 2014, McCartan 2016, Clarke et al 2016 and Winder et al. 2017) to help reduce sexual reoffending. Circles consist of 4-6 well trained and professionally supervised community volunteers who regularly meet with the person (the Core Member) to provide support and accountability as he / she reintegrates back into society. The Geese production was first staged at the Circles UK AGM in November 2019 and was attended by over 90 people. It was extremely positively received.

What was the purpose?

We wanted to convey these messages:

What story did we tell?

The production, based on a true case study, tells the story of a male teacher imprisoned for grooming and abusing an 11 year old girl. It shows grooming taking place over a prolonged period and the devastating consequences for the victim. It also reveals the difficulties the person faces upon release from prison; barriers to accommodation and employment, rejection by family, friends and the wider society. He joins a Circle and the audience get a sense of this process and how the volunteers both challenge his behaviour and provide a safe space where he can talk and share, and find support to develop positive behaviours and non-abusive relationships. The conclusion is that rehabilitation and enabling someone to desist from sexual abuse is complex and difficult and the volunteers have to deploy a range of skills and methods. However, this journey is worthwhile and interventions like Circles are vital if sexual abuse is to be addressed and further victimisation prevented.

Taking on this venture was not without risk. The audience was mixed. While some had in-depth knowledge of our work, many knew very little. The production, however, exceeded expectations in that the response from the audience was overwhelmingly positive. These are comments from some who attended:

The production was incredibly powerful in addressing the issues that those who perpetrate sexual abuse face when they come out of prison, but it also showed the harm of sexual abuse and how risks of further harm need to be continuously managed. The production also showed the special nature of the volunteers who participate in Circles and the enormous skill and dedication they bring.

What can we take from this experience?

Working with the Geese Theatre Company left us with strong impressions:

The Geese Theatre Company was excellent and I am grateful for the positive way in which they worked with Circles UK to provide this innovative and outstanding production. There is much scope to use this production at other events. Its messages are inspirational and powerful and challenge many prevailing public attitudes.

Thomas, T., Thompson, D., & Karstedt, K. (2014), Assessing the impact of Circles of Support and Accountability on the reintegration of adults convicted of sexual offences in the community.  Centre for Criminal Justice Studies, School of Law, University of Leeds.

[i] The use of the term ‘sexual harm causer’ is to minimise the labelling effect that terminology such as ‘sex offender’ has on the person.