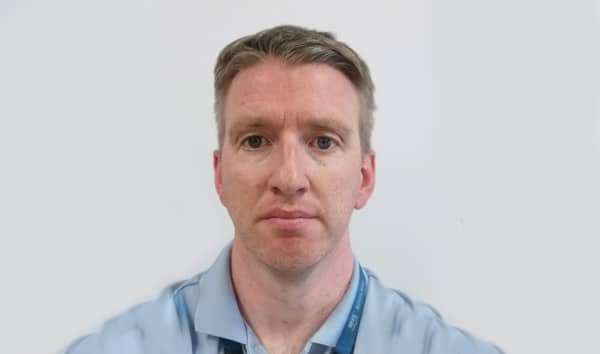 I find myself writing this article at a strange time. Firstly, we are in the middle of a global pandemic, which is strange enough in itself. The wider context though is that, relatively recently, I became Clinical Lead of the Sexual Harm Service at the State Hospital, the high security forensic hospital for Scotland and Northern Ireland. It is important to give a little bit of information about the population with which I work. There are normally around 110 men detained at the hospital and of these 15 – 20% have committed some kind of sexual offence. All will have some kind of mental health difficulty with the most common diagnosis being Schizophrenia. Partly because of the COVID19 pandemic, and partly because I am new in this role, it seemed like a good time to review and think about how we deliver a service that meets the needs of this small and specialised population. Running alongside this, I recently completed practitioner training in cognitive analytic therapy and this got me thinking about how I might combine these two strands of work in a way that might be helpful.

Psychological treatment of people who have perpetrated sexual harm has traditionally been informed by cognitive behavioural therapy (CBT) based approaches (see, for example, Marshall and Marshall). In CBT, cognition, or thought, is considered to be the basic unit of analysis. Difficulties occur in the lives of people who experience mental health difficulties like depression because the person begins to think in an unhelpful or negative manner. For those who have offended sexually, they are thought to have done so because of similar unhelpful cognitions. Part of the CBT based intervention is about questioning such unhelpful thinking and coming to a more balanced view.

Cognitive analytic therapy (known as CAT and pronounced like the domestic pet) conceptualises things in a different way. It is a radically relational model of human development and psychotherapy. This means that CAT conceptualises behaviour as being about relationships. Early relationships are particularly important, setting down templates for how we relate to others, and to ourselves, as adults. Any offence, including a sexual offence, involves a relationship between the person who causes harm (the perpetrator) and the person harmed (the victim). Thus, risk can be understood and managed relationally.

There is a small literature on the application of CAT to sexual offending. In an early paper Bermingham (1998) wrote about “Working with sex offenders when you think like a CAT person” noting that his role as a visiting psychiatrist to a prison at that time was to: 1) Facilitate the therapeutic milieu of the wing; 2) Assess prisoners for mental illness; and, 3) Support staff. He does not appear to have used CAT in order to understand risk or as a therapeutic approach for those who have harmed sexually but noted that CAT can help to provide “a structure in which the prisoner can feel safe, listened to and not abused or excluded”.

More recently, Kirkland and Baron (2015) described how CAT could be used to inform multi-agency risk management structures and processes. A case study was described where CAT tools were used to enable the different agencies involved in the risk management of the person to share a common formulation and language. Advice was also given, based upon a CAT psychological formulation, with respect to interpersonal management of the person, or what might also be called building a therapeutic relationship with the person.

I am not aware of any published literature describing the use of CAT as a formal psychological intervention for sexually harmful behaviour. However, I have been using CAT with State Hospital patients in a similar way to that described by both Bermingham (1998) and Kirkland & Baron (2015). That is, using systemic formulation in order to help provide a secure base for staff working with disturbed people. As Mitzman (2010) explains, forensic mental health patients (and those who have offended sexually) often present with difficulties relating to early and severe deprivation, neglect and abuse, emotional volatility, abandonment, substance misuse and self harm. A co-constructed CAT formulation can be a very helpful starting point in thinking about and revising some of these difficulties and I am optimistic about using CAT in a more direct way in the future.